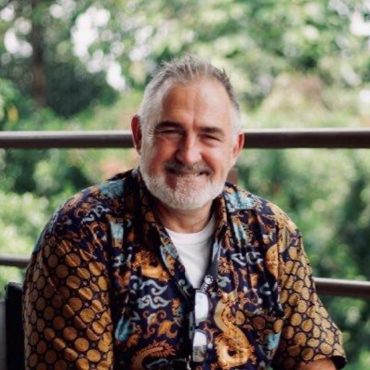 Mick Sheehy is a former cattle station manager who managed Walhallow station in the Northern Territory for the Heytesbury Pastoral Group and Ethel Creek station in The Pilbara for BHP. Mick worked for the Heytesbury Group for eight years and was also Managing Director of Heytesbury Thoroughbreds and the CEO of the Heytesbury Beef Asian Operations. Mick lived in Indonesia for fifteen years where he was the Chief Operating Officer for PT Natural Resources Indonesia an Indonesian company that has business interests in mining, property and agriculture. Mick was also the CEO of PT Dharmabakti Purna Wira, a PEPAPRI (Indonesian Retired Armed Forces Union) company. In 2018 and 2019 Mick was engaged as the Academic Program Officer for the inauguralAgricultural Professional Practicum in Indonesia under the New Colombo Plan. This program allowed Australian University students to undertake a two week academic program and a four week internship in Indonesia. Mick was awarded a Nuffield scholarship in 1992 where he studied international agricultural policy in Europe and the live cattle trade between Australia and South East Asia.

LIZ CAMPION
Office Administrator Liz has over 28 years of experience in administration and bookkeeping. Coming from a background in

Liz has over 28 years of experience in administration and bookkeeping. Coming from a background in education, she embodies qualities such as attention to detail, effective planning, compassion and problem solving which are transferable to any profession. Such qualities, as well as an affinity with mathematics and her eagerness to learn independently, saw her role in Campion Design Group evolve as Office and Accounts Manager. In 2019, Liz and her husband decided on a sea-change which led them to work at Anna Plains Station for 2 years. Liz’s role there was both in administration and as a station cook. It was during this time at Anna Plains that Liz was introduced to KPCA so the progression to work with them was a natural one. Liz already had a good understanding of what KPCA stood for and the great work that it did for the cattle industry in the Pilbara and Kimberley regions. As a child, Liz spent several years living in Derby due to her father (a civil engineer), working on the Gibb River Road. In 1990, Liz returned to Broome for her honeymoon and has been drawn to the north of WA ever since! She is married with 2 grown up children